Packers at Seahawks on Monday Night Football; Four Things I Want To See From The Seahawks 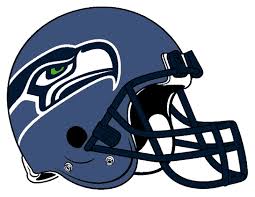 As the hours draw nearer to the Seahaws third game of the football season, I am still trying to cope with the heart breaking loss to Colorado. But let us not talk about that right now, that is a post for later.  For the Seahawks this is probably going to be the biggest test of the Pete Carroll/John Schneider era in Seattle. The Cheese Heads invade Century Link Field on National Television and the primary question is; how is this young and improved Seahawk team going to handle the pressure?
Fortunately they are at home in one of the loudest stadiums in the NFL and home of Seattle’s version of the 12th Man. This game should be a high scoring one as it pits the strength of the two offenses against the weaknesses of the two defenses. The Seahawks are averaging 148.5rushing yards throughout their two games this season; that being said, on the same note the Seahawks are allowing their opponents 228.2 yards through the air. And passing is exactly what the Packers excel at as they’ve thrown an average of 247.0 yards in their two games; but the Pack is allowing an average of 140.0 yards on the ground.
This game looks to be a very high scoring affair especially when you realize that you have one of the best Quarterbacks (Aaron Rodgers) and one of the best Running backs (Marshawn Lynch) in the game today going against each other. This ought to be one of the most entertaining games in this series. Now how does this factor in to what I want to see from the Seahawks tonight? Read on after the jump.
1)      Consistent pressure on Aaron Rodgers: The Seahawks have the best run defense in the NFL (allowing 46.0 YPG). Use those line backers and defensive lineman and get to the Quarterback! Don’t let Rodgers sit back in the pocket and tear your secondary apart. That’s a sure recipe to lose this ball game.
2)      Protection for Russell: While Russell Wilson can scramble I don’t want to see him racing around like a racehorse behind the line-of-scrimmage. Give him enough time to find the hot read if you have too, but the snap-take-a-step-sack stuff is getting mighty old.
3)      A whole lot of flying Skittles: The Seahawks are going to have to run the ball to be successful offense. And usually when you continue to feed Beast Mode, Marshawn Lynch, he usually finds his way into the end zone, which means Skittles will be flying at the Clink.
4)      Turnovers, Turnovers, Turnovers: The Seahawks need to protect the football and generate turnovers of their own. We saw it last week during the Dallas game where they caused a fumble on the first kickoff and then on Dallas’s next drive they blocked the punt. Create turnovers get the ball to Lynch and this game should be a productive game for the Hawks.
That’s what I want to see from the Hawks; what do you guys want to see?