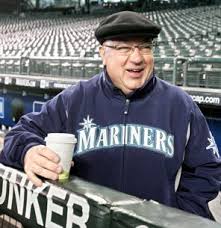 So you want a big stick? That’s what she said.

The Seattle Mariners are in the midst of a decade long playoff drought. This drought has driven fans away in droves as attendance has plummeted to its lowest levels since the early 1990s (when it looked like the club was moving to Tampa Bay). Those that are left watching the Mariners wonder why the squad struggles offensively and some….shall we say interesting?…fixes coming to the Mariners organization. Unfortunately for Jack Z it is pretty clear that the fences are not the only problem plaguing the anemic Mariners offense, talent is. So how does one go about fixing the offense? Well there are quite a few ways for that situation to be addressed.

All of that being said it is now time for the M’s too add a bat and begin rebuilding their fan base’s interest in a club that’s had its imaged soiled by incompetent management decisions in the last few months. And this needs to happen fast as there is only a few interesting bats out there for the M’s to look at (and possibly sign). Let’s get to some of those big names available to the M’s through contract negotiations;

This is one of the thinnest free agent markets I have seen for hitters in my time following Major League Baseball. These three batters are the three most well-known and most likely to produce on the market this off season. If the Mariners can nab one of these players to shore up a weak and inconsistent line-up it could be beneficial to an anemic offense and an apathetic fan base. Obviously the offensive issues are at the top of the list, but Jack Z can go a long way to restoring the fan base by signing a big bat this winter.