Hello everyone and welcome to a new column I will be writing about my fantasy football team.  I just had my league’s fantasy draft last night, and I must say that I’m really excited about how my team is looking.  With football season just around the corner I think it’s time to focus on that as well as what other people are doing at this time of year.  Children are just getting back to school, rain is starting to settle in (which is always in the case in Washington), and 32 NFL franchises are hopeful that their team will reach the Super Bowl this year (with teams like the Jets, Bills, Jaguars, and Browns less hopeful than others).  Anyways without further ado onto my fantasy draft.

The name of the league I’m in is called “The Cougar Alumni Association”.  My team name is “GoinBedroom RouletteOnY’all”.  Sorry for the wierd spacing but ESPN has restrictions on how many characters can fit into team names.

Suprisingly I had the #1 pick.  Can you guess who I picked up? 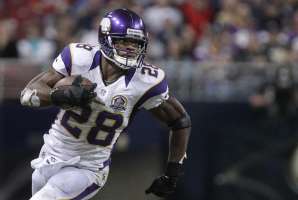 Not a bad start, but I couldn’t pick again until the 15th and 16th spots.  I really wanted Aaron Rodgers as my quarterback, but he got swooped up at 12 and I really needed a good strong elite quarterback.  I picked up Tom Brady with my 2nd pick, but I needed a good receiver as well.  So I got Calvin Johnson of the Detroit Lions as well.

All of a sudden my team is a juggernut.  I couldn’t pick again until 32 and 33, so then I picked up my #2 running back and wide receiver.  I got Vincent Jackson and Frank Gore with my next pair of pickings.

I then got Jason Witten with the 48th and Mike Wallace as my flex with my 49th pick.  Then with the 64th and 65th I got the Texans D/ST and Andrew Luck as a strong backup.  Maybe he could even start.

With the 80th pick I got Blair Walsh as my kicker to finish my starting lineup.  Now it was time to finish my bench.

No I didn’t pick up Tim Tebow, but it would’ve been hilarious if somebody did.

With the 81st pick I was trying to find a solid backup running back but DeAngelo Williams was the best one available.  Serves me right for waiting this long to fill my bench.  Then with the 96th and 97th I was able to get Jermichael Finley and Sidney Rice.  I wasn’t sure who a solid reciever would be at the 112th pick, so I picked up Martellus Bennett of the Chicago Bears instead at Tight end.  I may have left myself short at wideout, but I think I should be ok.  Anyways with the 113th I picked up the Broncos D/ST.  I picked last at 128 and picked up Rob Bironas as my backup kicker.

You never know what gems might spring up later, and certain players may get injured as the season goes on.  Nevertheless I am pretty confident in my team, and in Week 1 I go against a guy who picked up a kicker way too early.  1-0 already….we’ll see.

Anyways I hope you enjoyed this startup entry to my new column.  I wish all of you fantasy players the best of luck this season.

Stay tuned because I will be doing a cross-over between a certain sports league and a certain Sci-Fi franchise.