A few thoughts before Selection Sunday

Next Sunday will start the process for an insanity that takes place over the course of a single month.  Let’s just call it March Madness.  Here are a few thoughts I have before the tournament begins.

1. Can Wichita State pull it off?

Last year the Shockers made it all the way to the Final Four before a loss to eventual champion Louisville.  How far can they make it this year?  Wichita State has the first undefeated regular season going into the tournament since UNLV in 1991.  It will be interesting to see how this plays out.

2. How will the other teams in last year’s Final Four do? 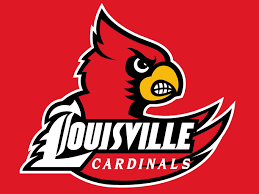 Louisville sits at a 26-5 (15-3 in conference play) record which is good for second place in the American Athletic Conference.  Michigan at 23-7 (15-3 in conference) has clinched the regular season Big 10 Title, while Syracuse at 27-4 (14-4 in conference) sits at second in the ACC behind Virginia.  These teams might not all wind up in different brackets, but coming into March they all have the power to go really far.  Every one of them should at least get a 2 or a 3-seed when it’s all said and done.
3. Is the ACC the Conference to beat?
Let’s look at the standings

These are all some really solid teams that sit at #5, #7, #4, and #14 respectively in the AP poll (Pittsburgh just barely missed the cut for getting ranked). Don’t be surprised if the champion comes from this conference, because a lot of great basketball has been played between these teams (just ask Duke and Syracuse).

How far can McDermott carry Creighton?

Sure we know that Doug McDermott is the best college basketball player in the land. I think he’s great too, but another favorite three years ago (Jimmer Fredette anyone) didn’t even make it to the Final Four. As a matter of fact he lost in the Sweet 16 to Florida in 2011. We’ll see how far Doug can carry his team, but I will be very surprised if he makes it to the Final Four. When in March, expect the unexpected.

So who wins it?

Come on I have no freaking idea who will win it this year. Last year you could point to a frontrunner like Kansas or Louisville (or that Kentucky team led by Anthony Davis two years ago), but this year is different. Anyone could take it. Marcus Smart and Oklahoma State could take it. Tyler Ennis and Syracuse, Jabari Parker and Duke, Andrew Wiggins and Kansas and….well you get the idea.

Should make for a fun March!