Well the opening series of the 2014 Seattle Mariners season is in the books.

I must say things are looking good.

The M’s have defeated the Angels by margins of 10-3, 8-3, and most recently 8-2 tonight.  Tonight’s game featured a lot of home runs, one of them a 3-run shot by Mike Zunino in the Top of the 6th.  It was later followed by two solo shots by Justin Smoak and Corey Hart respectively in the Top of the 9th. 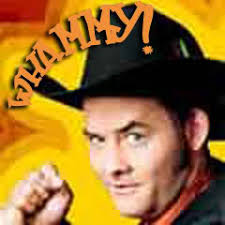 So far this baseball season has seen its fair share of “Whammy” moments.  The M’s outscored the Angels by a 26-8 margin during the series.

As far as I’m concerned this team is for real.  Sure they may not go 162-0 or make the playoffs, but just to think that Seattle fans might be seeing good baseball has got to be salivating.

The Mariners lead the AL West with a 3-0 record, and the Houston Astros are right behind them at 2-0.

We could be in for a very bizarre baseball season.

Seattle starts a 4-Game series against their division rival Oakland A’s tomorrow.  Let’s see if they can continue the mojo.