Mariner Diaries #2: Calm down everyone we’re only 9 games in…

Mariner closer Fernando Rodney has some explaining to do after blowing two saves so far this year.

Here are the facts.  The Mariners are 3-6, and yes that sucks.

It’s a long season,however, and there are still 153 games left to go.  Plus all of Seattle’s games so far this year have been against playoff opponents.  The Dodgers, Angels, and Athletics are all good teams.

Now granted it will be a little frustrating if Seattle doesn’t take at least six of nine against Texas, Houston, and Minnesota to get back to .500, but this team can turn it around. 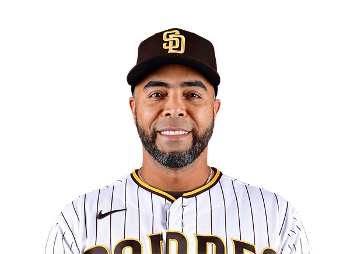 Nelson Cruz has six home runs and has homered in five straight games.

I will admit that it’s frustrating that with all the offense Seattle has been contributing, it has found a way to blow leads late into games, but just the fact that we have an offense (a pulse) shows that this team is alive and kicking.  This team is going to be fun to watch.  I was building a shed with my dad out in the garage and we were giddy with the 7-3 lead Seattle had built against Oakland, and frustrated and cursing when Rodney almost gave that lead back to them later.  I went inside and saw Cruz hit a home run later in the 10th, and it renewed my optimism for the season.  Yes it’s terrible that the M’s suffered three straight losses against the Dodgers, but they are only 1.5 games behind Oakland for the division lead.  They have time and lots of it.

What I’m trying to say everyone is to be patient.  I am also a Cleveland Cavaliers fan and I was frustrated when my team wasn’t doing so well to start the season.  In fact they were 19-20 at one point.  However, they turned it around and now they are favored to win the NBA Title.

The season is still young, and the Mariners still have the chance to become a team we’re proud of.